Changsheng Bio-Technology Co., Ltd, a pharmaceutical company, based in the Chinese province of Jilin, has been fined a sum of $1.3bn for illegally producing a human rabies vaccine, this according to the BBC.

The fine is the culmination of a four month investigation into the company’s production processes that began in July of 2018. When the revelations emerged at the time, the company was ordered to stop production as it underwent investigation. 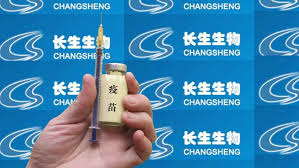 What the company did
It was found that Changsheng Bio-Technology Co., Ltd had mixed different batches of vaccine fluid, and used expired fluid to produce other batches, according to the BBC, quoting Xinhua, china’s state news agency.

The company is also reported to have made false vaccine production reports. As a result, the pharmaceutical company’s production licence has been revoked, with the illegally produced vaccines confiscated by Chinese authorities.

Fatal consequences
In as much as no one was harmed by the vaccines produced, the fall-out from the scandal has been fast and quick, largely fueled by public outrage in China at the many cases of fawl play by a number of China’s drugmakers.

It is with this backdrop that a meeting of China’s communist party ordered for the dismissal of the Jilin province vice governor, whose portfolio also entailed supervising food and drug safety, reports Reuters.

“A number of local government officials and supervisory departments were found in dereliction of duty. The case resulted in a negative impact and exposed many loopholes, such as inadequate supervision, and reflected institutional defects in the production, circulation and use of vaccines,” Reuters quoted Xinhua news agency that reported on happenings in the meeting.

Fourty seven officials have been reported as being held liable for the scandal, many of whom have been dismissed and others facing charges.

The BBC reports that this isn’t the first case of substandard vaccines being produced in China, pointing out a 2016 case of vaccines worth $88m that were found to have been improperly handled during transportation that compromised their quality.

Uganda procures most of it’s pharmaceutical drugs and supplies from India, and China.

Scroll back to top
How to whitelist website on AdBlocker?